Musings on sensitivity, motivation and knowledge base

These past few weeks I've been trying to write about my position with regard to reality, truth and knowledge for my PhD. thesis. I'm sharing this piece because I enjoyed the process, so I hope others will like the result.  The books I've read on the subject seem to suggest there is no 'right’ answer when it comes to defining one’s voice, thankfully, it seems to be about what view of knowledge best fits with the questions the research seeks to answer! The idea that there are many truths, is a reality I'm getting used to. The following aims to set the scene, provide a reasoning for the story I would like my research to tell. An explanation of why I see my truth a certain way:  how I became sensitive, passionate and motivated to do the work I do.

The fact that I've identified as a disabled person for years means that I've had a natural sensitivity towards matters relating to disability from personal experience. I use sensitivity, not vulnerability, to describe an ability to make judgement based on knowledge. Self-knowledge, but also shared knowledge. Firstly, there is the ideas that if you are punched repeatedly in the same place, as someone is every time they experience discrimination, your senses are heightened – that sore spot hurts more. However, we can also look at it from the position of a depth of understanding. It is like any craftsmanship, my understanding of disability issues has deepened with the relationships with other disable people in the movement their ideas. Over decades I have gathered ideas about disability equality theory – applying it to my practice, my writing,  as well as other people's learning. Like so many disabled people much of it was picked up word-of-mouth, not in formal education but on the job and in professional training. It's this deep understanding that is important in the sensitivity I use in the interpretation that I will apply to the authoring and analysis of the research work. In addition to this an academic interest leadership, well-being and sustainability. While these have been used to deepen my understanding of disability equality, in terms of social justice and human rights;  I've thought about disability daily for [cough] years.

I grew up outside Paris in the 70s, a time when people were flying to the moon and bricks were flying at the establishment. It was a moral, cultural and social turning point in France’s history.  Around me people were talking about ongoing revolution, a non-political movement that would ripple down the years, a show of intellectual strength against capitalism, consumerism and traditional institutions. Youth at the time held power, and age age authority was being challenged. In schools racism was on the hidden curriculum, students chanted and wore badges saying: ‘touche pas a mon pote!’ [‘Don't touch my mate’]. In the streets marches echoed to this cry, a stand of unity, fraternity and justice, people walking with purpose beside their North African peers. It was a time of positivity and possibility, social change and great energy and deep questioning; the anciens régimes were being held to account by the people.

Ironically, I felt an outsider, daughter of British parents, while I had feet in both camps I didn't belong in either. Therefore, while Les Droits de L’homme extended to all citizens, for those who could not participate fully rejection was real. Looking back at educational reference of the time, despite inspiring philosophical rhetoric, the position was that if you could not fit in [hear, see, or write for example] you simply could not join in. Special schools and institutions were de rigueur back then. Although my parents fought hard, I am sure they had feelings of helplessness, grief and anger in fighting an education system which at the time segregated disabled children. I was always the first kid at the normal school, thanks a loud mother and to progressive headteachers, but inclusion wasn't even a direction - inclusive practice had to wait 2 decades before it was invented. Having got into school, I was sat at the back and watched. I was pulled out of class regularly, on the day of the school play for example. I remember frequent visits to physiotherapy and huge centres hospitalier. I often sat before huge boards of medics who, I’m guessing, were charged with deciding my ‘normality’. I sometimes wondered if I would go home if I failed their tests. I have an early memory of Rorschach ink blots, and being mindful to talk of bunnies not skulls – just in case.

This was bizarrely set against a privileged home life where adult conversation was exciting, politics and ideas were shared with passion and food mealtimes. More widely in France political and philosophical conversation was admired, and being an intello was a sobriquet to be proud of. Motivation and learning, came early, and from the loving relationships with adult friends. I was very lucky that my parents shared their anguish about my schooling with our neighbours. Because a retired Cambridge Don, whose interests were philosophy and comparative religion, offered to give me tutorials on a regular basis. What begun with dictation, and was supposed to be English lessons, soon became esoteric debates. The lessons, strayed into philosophical conversations about the rights and wrongs of humanity, organised religion and the development of morality and citizenship. I can't recall a single word of these, but I remember feeling alive and involved, unlike school I loved Wednesday afternoons.  He said I would be an author, at a time when cutting edge technology was the pen – a sword I still cannot wield. I imagine he would be looking down now on the way I stir and shake things up  – had he not been a Buddhist! George’s belief in me still resides in my soul, my heart beats to the drum of justice, my hands want to build a better place, and my head thinks deep when it's employed for the greater good. 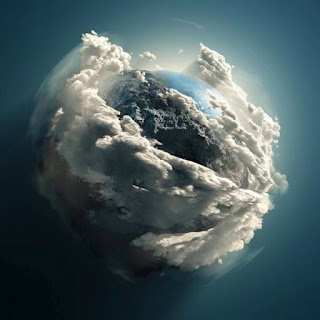 By the time I got to university, there was a Mandela Bar on every campus. Horrifying happenings, such as Tiananmen Square, shattered our otherwise indulgent days. Trips to London were organised to voice our protest - the student voice of my days. While world events added fire to our heated discussions, countless images highlighting Human Rights struggles across the world. Global scale had just shrunk, one could say quite literally, in the rear view mirror of the Apollo space shuttle. The ‘blue marble’, a striking image, giving the world unity - an ecosystem with visible interdependence and a shared togetherness.

I feel that from a sensitivity, social justice, and sustainability perspective the stage was set. Viewed as a personal journey, the stars were aligned, and explain my present disposition - the fuel that adds fire to my trajectory as an activist. While in this piece I have tried to define an epistemological position, writing it has helped me realise how much the world around me has influenced my beliefs - the events around me that highlighted huge inequalities and fuelled the dissent and protest that had an impact on my life. While they encouraged my interest in change, I was probably more aware than I could articulate of the dissonance between reality and conversation - theory and vision. The words used to describe a better world often stood at odds with ignorance demonstrated for the experience of personal struggle. In communities openly fighting sexism and racism: disablism did not seem to register. Yet the disability movement was active, bubbling up and finding direction, in ways I was not yet aware of.

Today it's the reality of disabled people‘s live that my work seeks to shine a light on, the knowledge of those within an organisation who seek to uphold their rights, and truth of the impact of systems and stories that impact on their lives.

Mole Chapman
I am an Equality and Diversity practitioner, author and programme facilitator. I have built my knowledge from years of experience in the equality field applied to human rights, housing, social justice, education and learning & development. I bring enthusiasm, Innovation and humour to working environments